Justin and I celebrated our third anniversary in August. We decided instead of exchanging gifts we would go on a mountain trip together. We finally went this weekend and had the BEST time. We both agreed it would be fun to make it a family trip and bring Anna Claire and Henson. I'm so glad we did because I think it was exactly what we needed. We found the cutest cabin in Black Mountain, just 20 minutes from Asheville. We woke up bright and early Saturday morning and hit the road to make the five hour drive. When we arrived our cabin wasn't quite ready so we drove straight to downtown Black Mountain to walk around and grab a drink. They have the quaintest little downtown with fun little shops and several breweries. They are very dog friendly so it was fun to walk Henson around with us. We enjoyed some really good local beers and met some of the nicest people who even invited us to their private oyster roast! We sadly declined so we could get home to put little bit to bed. 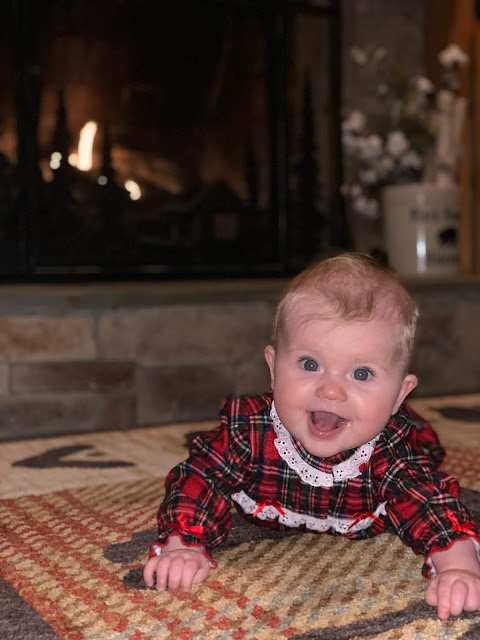 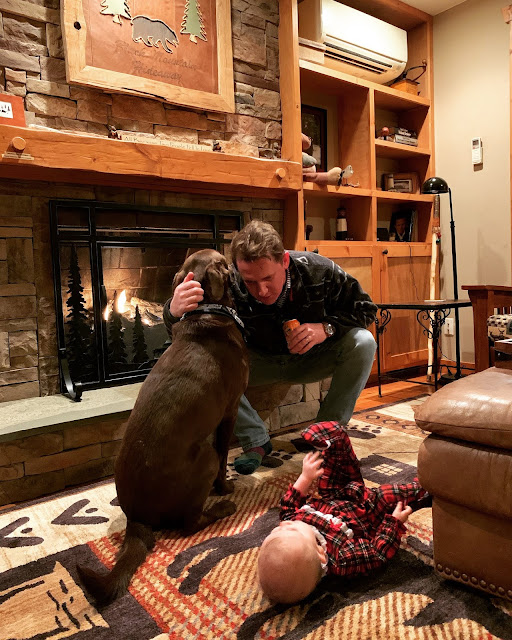 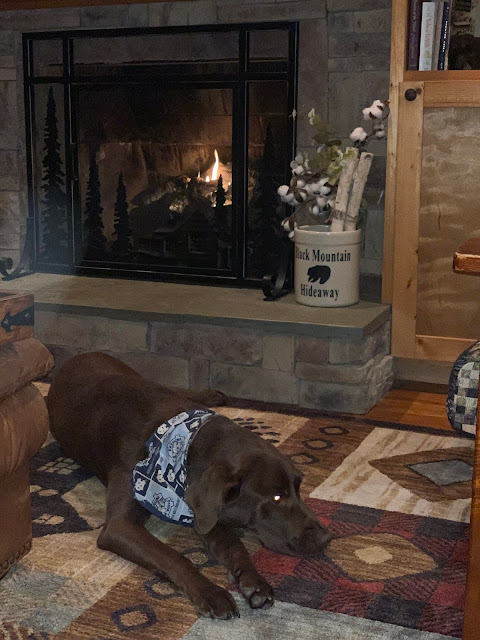 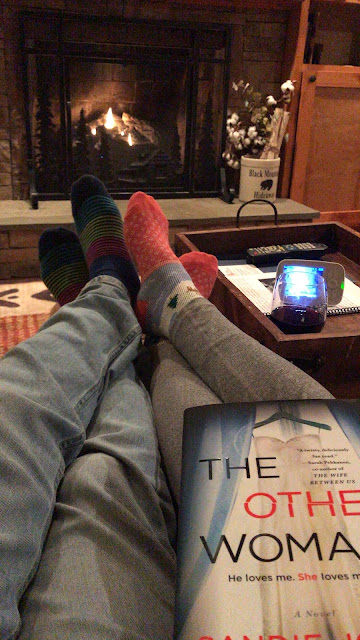 Once we arrived at the cabin we immediately changed into pajamas, lit a fire and started a pot of homemade spaghetti sauce. Anna Claire must have been so happy to be able to move around because she started rolling everywhere, back and fourth and back again. It was absolutely adorable and something new for her. Watching her grow has been the biggest blessing. We spent the rest of the night relaxing by the fire. It was Heavenly! 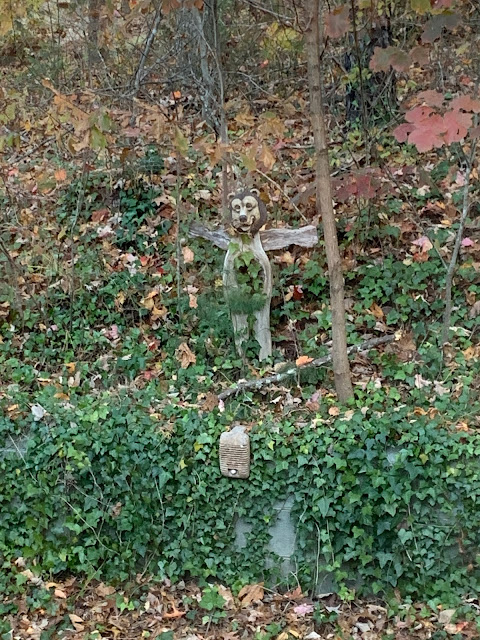 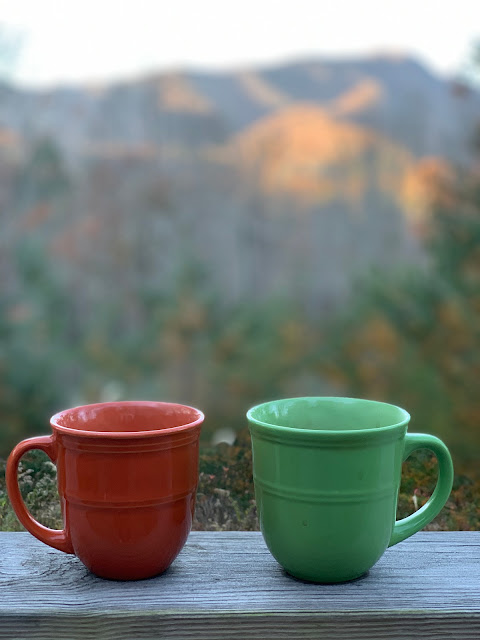 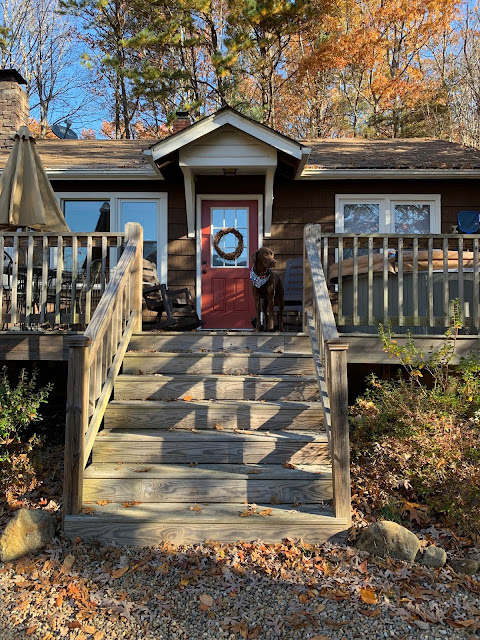 We had a slow morning Sunday and I made cheesy bacon biscuits, coffee and mimosas. Anna Claire played, Justin and Henson explored the woods outside the cabin and I got a little reading in. Later that day we took a tour of the Biltmore house in Asheville. Justin and I both agreed that it was nice to see the house but really not worth the money unless you were to upgrade for the guided tour or the phones with sound to tell you about the rooms. It also is not stroller friendly and was pretty crowded so not the best activity for a baby. Anna Claire hung in there and enjoyed seeing all of the things. By the time we left she was exhausted and snoozing. We spent the rest of the day grabbing a late lunch at Wicked Weed and walking around downtown Asheville. Justin had never been downtown so it was so fun to show him around some. We headed home around 5 to cozy back up at the cabin and start a movie. We both said that was our favorite part of the trip- just being home together, by the fire, relaxing and hanging out. 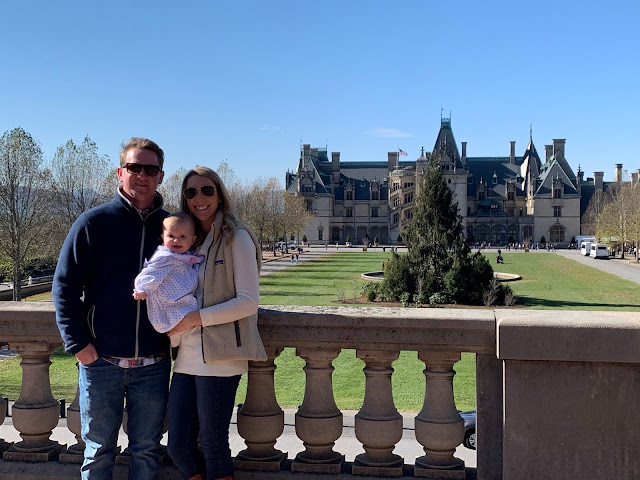 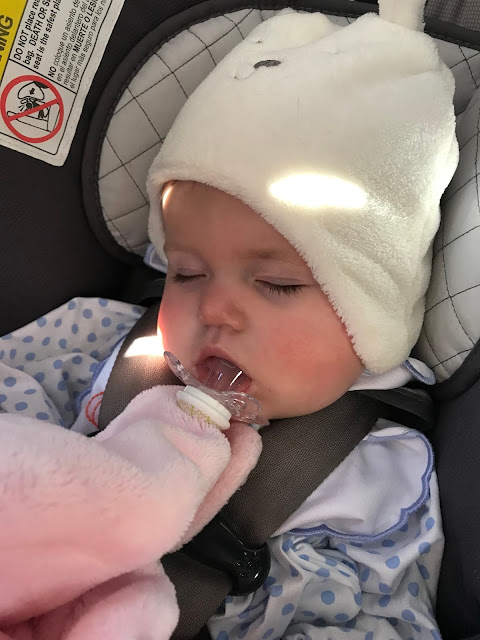 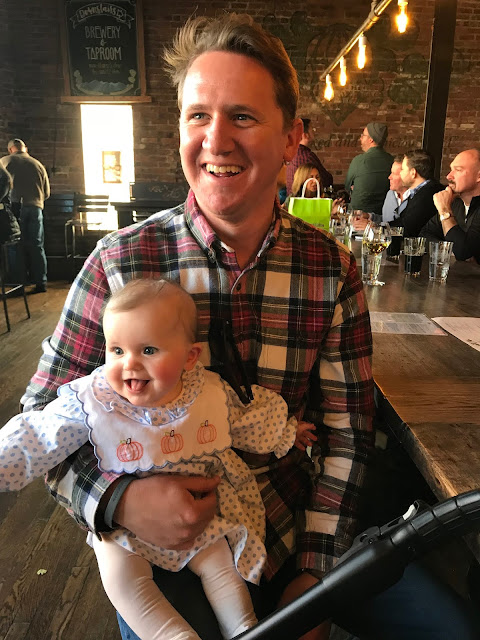 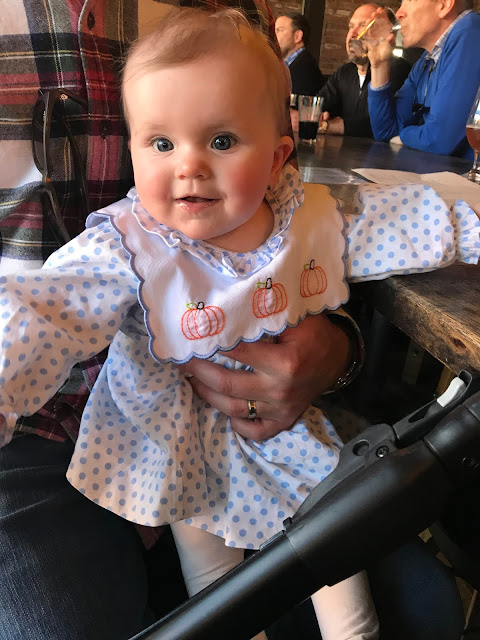 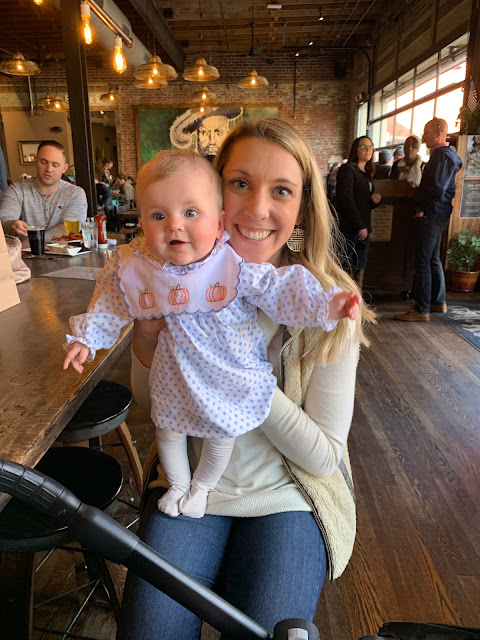 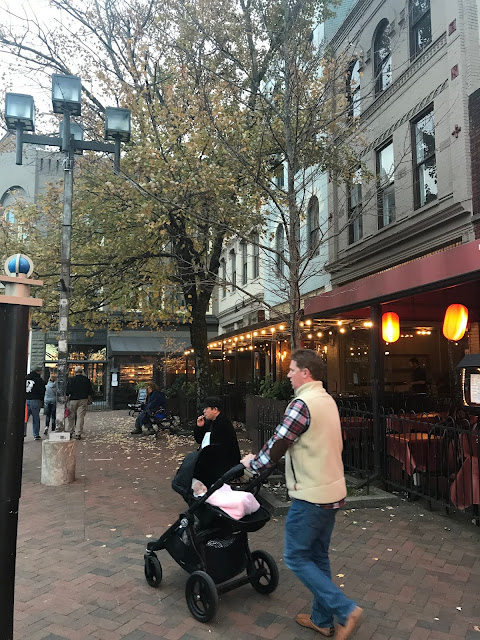 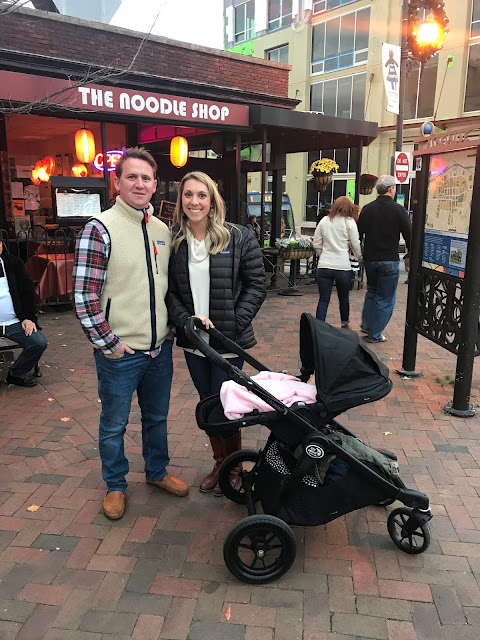 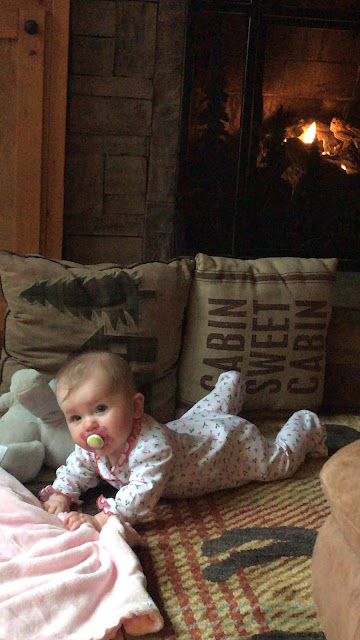 Sunday enjoyed another slow and rainy morning at the cabin before packing up and heading home. We stopped for BBQ on the way out to end the trip. The drive home in the rain was longggg but it was worth it. We had the BEST time. It was exactly what my heart needed. My heart is so full and thankful for my little family! Justin and I both agreed we should make it an annual trip. 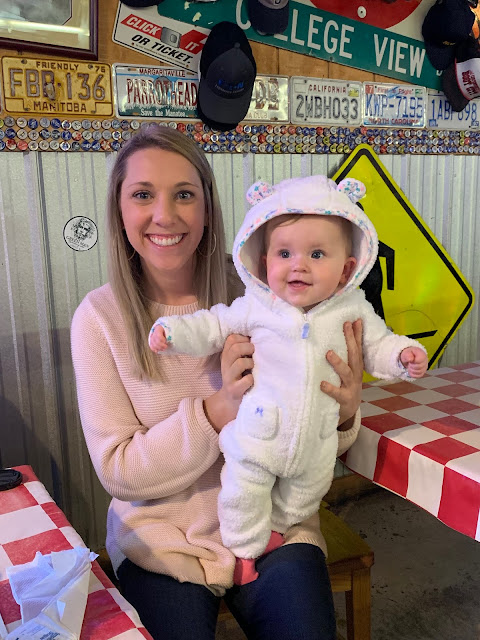 Posted by A Simple Southern Life 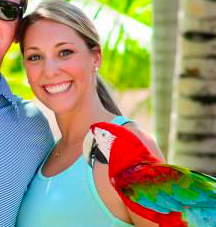 I'm Amanda, a NC girl, wife and new mommy, twenty something first grade teacher. Tad bit Type-A with a love for decorating, fashion, food and all things southern. Follow me on my day to day adventures!